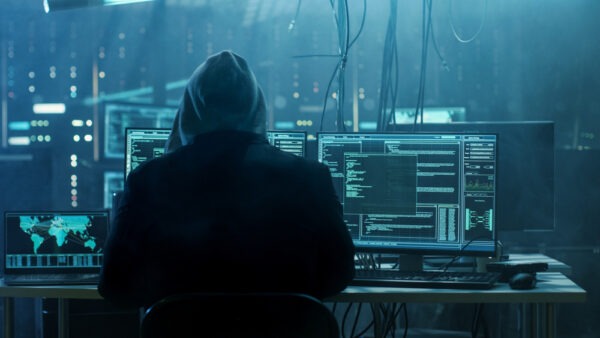 Worldwide losses from cybercrime skyrocketed to nearly $1 trillion in 2020. That’s more than the net worth of most countries.
Run a quick search and you’ll be surprised at how many hacks occur every week. Modern security is the best it has ever been. Unfortunately, hackers are motivated to be one step ahead of all of us. Breaches resulting in credit card information hacked by the millions are quite common. Even the pandemic hasn’t slowed them down.

According to zdnet.com, the switch to businesses using remote employees has changed the hacking landscape. In 2020, up to 20% of all cybersecurity attacks were aimed at the new remote workforce. With employees and companies learning how to shift into going remote, hackers knew this weak-link was ripe for the picking.

Cyberwarfare is the battlefield of the 21st century and beyond. There are three common types of entities that create most hacks. Let’s discuss these entities, their motivations, a few of the biggest ones that happened this year, and what we can learn from the nature of those hacks.

The Forces of Evil

Simplifying things, there are basically three types of hacking profiles that are likely to engage in these nasty hacks. What most people think of first are criminals and ne’er-do-wells looking to profit from this inexcusable behavior. Money motivates them to steal credit card information or sensitive personal information. Then they sell it to sketchy third parties. On a global scale, foreign powers can, will, and have engaged in destructive hacks to disrupt economies. Often politically motivated, these crooks hope to instill unrest and frighten civilians.

Finally, some hackers just think they’re smarter than everyone else. They breach security systems because they enjoy causing chaos. Some of these hackers insist they’re working for a good cause. They focus on blowing the whistle on government projects they feel are wrong. But all too often these hacking attempts are completely random. Sometimes years of data and research is wiped out or stolen. They don’t seem like Robin Hood then!

By studying past events we can learn a lot about protecting ourselves both in the corporate and private worlds. The most common attacks are usually through malware. Short for “malicious software,” malware is invasive software that finds a way into PCs and corrupts or destroys files and programs.

One victim of a malicious malware attack last year was Travelex. In January 2020, they lost an undisclosed amount of money. And an undisclosed number of private records were compromised due to the presence of malware. Everyone who has given them personal information, like credit card numbers, are now at risk.

Estee Lauder had over 440 million internal records exposed due to Middleware, and other security failures. Middleware, while not the same as malware, does add extra complications to systems. Middleware gets its name by hiding between the operating system and the applications on a PC. Hackers can then use middleware to delete, copy, or encrypt anything that passes through it.

What can we learn from this?

These are far from the only hacks. As you can see, no matter how secure we think we are, hackers can usually find a way in. Poor training and the lack of conscientiousness in user security are the biggest ways hackers gain access to information.

This results in things like ransomware attacks, data loss, and stolen files. These breaches can do serious damage to businesses and private citizens alike. Presently, despite great security measures, we still need stronger security in place on the corporate side. Better training is a necessity for employees. Middleware, which is often found by using Antivirus programs, needs to be eliminated whenever possible. Better walled gardens can be built and utilized by businesses that hold private records and data.

These attacks are unfortunate, but rather than being rueful to the victimized companies, we should demand that they learn from these mistakes. Hackers are not going to go away. You can count on them to find more and more ways to steal your data.

These major companies can afford the best cybersecurity defenses available. Yet, they are still vulnerable. If you don’t feel your cybersecurity is as strong and safe as it should be, please contact us anytime. As your Managed Service Provider, it is our job to make sure your precious data is as safe as possible.